Teenagers’ struggles to connect with their peers in the early adolescent years while not getting swept along by negative peer influences predict their capacity to form strong friendships and avoid serious problems even ten years later. Those are the conclusions of a new longitudinal study by researchers at the University of Virginia that appears in the journal Child Development.

“Overall, we found that teens face a high-wire act with their peers,” explains Joseph P. Allen, Hugh P. Kelly Distinguished Professor at the University of Virginia, who led the study. “They need to establish strong, positive connections with them while at the same time establishing independence in resisting deviant peer influences. Those who don’t manage this have significant problems as much as a decade later.”

Researchers followed about 150 teens over a 10-year period (starting at age 13 and continuing to 23) to learn about the long-term effects of their peer struggles early in adolescence. They gathered information from multiple sources—the teens themselves, their parents and peers, and by observing teens’ later interactions with romantic partners. The teens comprised a racially, ethnically, and socioeconomically diverse group.

Teens who had trouble connecting well with their peers in early adolescence had difficulty establishing close friendships in young adulthood. Teens who didn’t connect well at 13 also had more difficulty managing disagreements in romantic relationships as adults.

Teens who had trouble establishing some autonomy and independence with peers (especially with respect to minor forms of deviance such as shoplifting and vandalism) were found to be at higher risk for problems with alcohol and substance use, and for illegal behavior, almost a decade later.

Conversely, teens who were seen as desirable companions—those deemed empathetic, able to see things from different perspectives and control their impulses, and having a good sense of humor—were more likely to have positive relationships in young adulthood.

Teens who were able to establish some autonomy vis a vis peers’ influences were more likely to avoid problematic behavior in young adulthood, with teens who showed they were able to think for themselves in the face of negative peer influences using less alcohol as early adults and having fewer problems with alcohol and substance abuse as young adults. But teens who were seen as desirable companions were more likely to have higher levels of alcohol use in early adulthood and future problems associated with alcohol and substance use.

“The findings make it clear that establishing social competence in adolescence and early adulthood is not a straightforward process, but involves negotiating challenging and at times conflicting goals between peer acceptance and autonomy with regard to negative peer influences,” Allen notes.

“Teaching teens how to stand up for themselves in ways that preserve and deepen relationships—to become their own persons while still connecting to others—is a core task of social development that parents, teachers, and others can all work to promote,” adds Allen.

Teens who managed both of these goals simultaneously—connecting with peers while retaining their autonomy—were rated by their parents as being most competent overall by age 23. “There is a positive pathway through the peer jungle of early adolescence,” says Allen, “but it is a tricky one for many teens to find and traverse.” 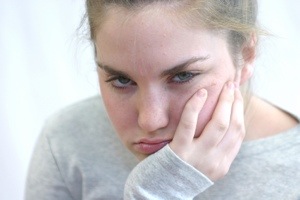