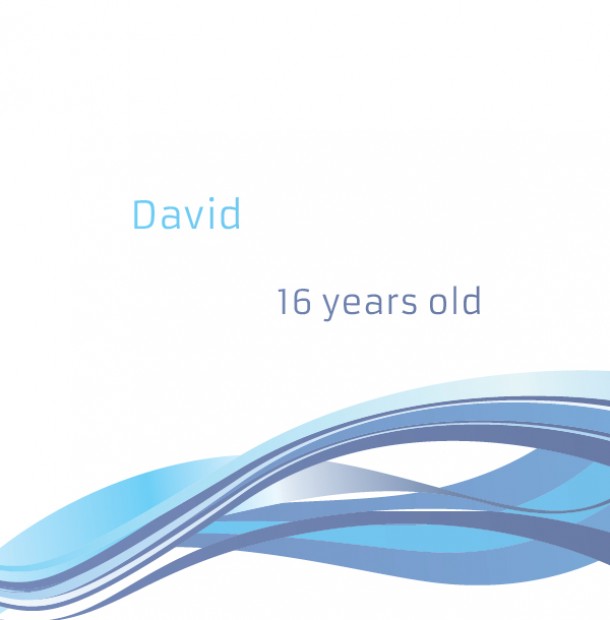 David was no breeze to be around. From the get-go he was verbally offensive, physically threatening and postured in an aggressive fashion, even to me a 6’ tall 200lb man! When David learned that his mother had tricked him into coming into my office under false pretenses he quickly turned on her and when I tried to help calm things down, he threatened to take a hammer to my truck outside.

After that rough start, I quickly moved to build rapport (an attempt to get on the same wavelength and relate with the folks with whom we work) with David. After we made some ground and established the beginnings of a relationship, David readily accepted me as someone that he held in positive regard. During our assessment, we ran an EEG (Electroencephalogram – a filter that “hears” brainwaves) and discovered that his brainwaves looked very similar to those of people with an anxiety disorder. The only problem was that David was diagnosed as having Attention Deficit/ Hyperactivity Disorder and Oppositional Defiant Disorder.

We made arrangements to meet with the psychiatrist who confided in me that she had actually felt pressure from David’s mom to keep him on a very high dose of stimulant medication, in fact, twice as high as an adult should take. When we reduced his medication (the Dr. reducing the prescription while I provided support to the family during the reduction) to one-half of his original prescription, David’s behavior remained stable. That could have meant that the higher dose of medication was not helping, in fact, it may have been hurting.

We continued to provide support, neurofeedback and consultation with the psychiatrist (and not to mention the school) while we continued to reduce his medication and increase skills. David kids now, “I traded pills for skills!” David now lives independently and is started community college this last spring.